Interesting move from Google that is possibly a first step towards allowing publishers to get more control over how they charge for content. 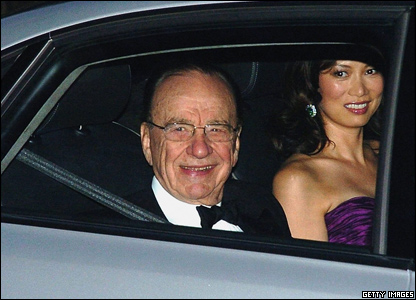 Much of the commentary around Rupert Murdoch’s announcements has been focused on the opportunities for Bing to capitalise on Google’s dogmatic pursuit of free. Most of the serious content publishers I know are not that bothered about the traffic that they get from search engines as they don’t see easy ways to make money from it. They are less concerned (rightly or wrongly) with driving traffic, than they are with finding ways of making money. By offering participating publishers the opportunity to use the First Click Free service, Google will allow Google users up to 5 clicks per day into content from a publisher (so surely Five Clicks Free or indeed Sixth Click Possibly Paid?) before offering users the option of registering or subscribing to a news site.

“In addition to First Click Free, we offer another solution: We will crawl, index and treat as “free” any preview pages – generally the headline and first few paragraphs of a story – that they make available to us. This means that our crawlers see the exact same content that will be shown for free to a user. Because the preview page is identical for both users and the crawlers, it’s not cloaking. We will then label such stories as “subscription” in Google News. The ranking of these articles will be subject to the same criteria as all sites in Google, whether paid or free. Paid content may not do as well as free options, but that is not a decision we make based on whether or not it’s free. It’s simply based on the popularity of the content with users and other sites that link to it.

“These are two of the ways we allow publishers to make their subscription content discoverable, and we’re going to keep talking with publishers to refine these methods. After all, whether you’re offering your content for free or selling it, it’s crucial that people find it. Google can help with that.” Google News Blog.

Presumably over time, it will become possible for publishers to have more control over how their content is viewed before a subscription is required – once, twice, forever. While much of the technology oriented press has covered the news as a small concession to whining publishers, (typical here), I think this shows that Google is more interested in the content that they might lose from Murdoch and others. They certainly weren’t ever going to take it lying down. There will be a few more ‘minor concessions’ before this battle plays out.

I think Rory Cellan-Jones sums it up nicely in his piece on the Today programme this morning and subsequent blog:

“In one corner the battle-hardened bruiser of the old media world, in the other the cocky young giant of the web. The fight between Rupert Murdoch and Google over how online journalism should be funded is quite a spectacle. Now it appears that Google may have blinked by making it just a tiny bit harder for readers to find a chink in newspaper paywalls.” Dot Life, ‘Did Google just blink?’