We need more white men in technology. The Apps for Good Awards, June 2013.

“We need more white men in technology and have to make more efforts to make sure that London and the South East are supported more. It is simply not fair that the technology industry is so dominated by women and the Wick technology cluster is still sucking talent from across the United Kingdom.” said a 73 year old Mark Littlewood.

“As a young man, I never thought about what was then an almost entirely male dominated industry, why should I? Everything was easy for us and it didn’t seem that strange to me at the time that so many industry events were filled with rather boring people wearing rather boring dark suits, white/blue shirts and the only possible way of being able to know where in the pecking order people were was to ask them what kind of company car they drove. Sure it was very boring but there were good times too. We used to get drunk and celebrate hitting our quarterly sales target for selling the latest piece of useless enterprise software. Unless we missed them. Unless we missed them. Then we were fired but we all knew we could walk into another sales job with another big software company because they only hired those white men with proven enterprise sales experience so it was a bit of a closed shop.

“I rebelled against the status quo, by wearing shirts that weren’t white and often went without a tie. (Remember, it wasn’t until 2019 that scientists in California were able to prove that wearing ties restricted blood flow to the brain and made men make bad decisions). Later, particularly after the birth of my daughter, I started to feel very uneasy about the whole assumption that it was only men that could write code and run technology companies. She was a super smart kid who was really into technology but didn’t understand why so many technology companies and events only had men at them. I tried to help but it was hard work.

“Today, the pendulum has swung the other way. White men are a minority, albeit not a persecuted minority as the industry seems much more accepting of anyone, regardless of background but it does worry me that the traditional doers in the technology industry are so badly represented. We need to do something.

“Looking back, the tipping point for me was an event I went to in 2013. It was held in South Cambridge, (known by many at the time as ‘TechCity’), and I went to an old car park, or church, I can’t remember exactly. There were a bunch of school kids there who were going to, ‘pitch their apps’ (remember apps!?). People I trust said they would be good but I knew they were only kids so I reminded myself they were children, not grown-ups with proper ideas and I shouldn’t be too mean to them when they rambled on about their ‘entrepreneurial journey’ and described their useless ideas about how to trick people into clicking on adverts for stupid products that no one would want. (This was a very popular idea at the time – remember, it was 30 year ago!).

“I walked into the room it was buzzing. I hadn’t even had a chance to open the event programme before I was approached by a girl offering me fashion advice. (That wasn’t unusual for me in those days, still isn’t actually though most people I know in real life gave up a long time ago). She and a bunch of her best friends had come up with an idea for an app with some great ideas for helping girls choose outfits. Charming, enthusiastic, articulate, intelligent, open, the team Dynamic App Company from Hillcrest School made a huge impression on me with their friendliness and offer of helping me to style my wardrobe. they were a bit like an intelligent, functioning, version of the Spice Girls who were doing something useful with their lives. 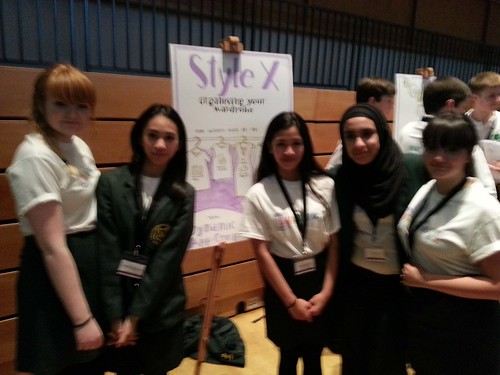 “Then it struck me. Women were not represented in the tech industry in any meaningful way at the time – less than 5% of VC backed companies had a female CEO for example at the time and a lot of VCs would pat themselves heartily on the back for ‘beating the average’ if they had one investment in ten with a female founder in those days. This was a room full of more girls than boys. And the girls were good. Very good. Brilliant in fact. The girls were leading the teams.”

“Normally, the protocol at that sort of event in those days is you turn up, grab a drink then hang out with a couple of other men you knew to talk about ‘deals’, the latest venture capital fund raise, your new car that sort of stuff but this was different. I don’t think I spent more than a minute speaking to anyone I already knew, I was sucked into an endless whirl of meeting amazing people who had brilliant ideas and had sat down, come up with a problem they wanted to solve and worked out how they would solve it. This was weird (the culture at the time often measured the success of an idea by how much money it made the venture capitalist that had funded it). These people were really young kids with problems. Not the sort of problems that couldn’t be solved, the sort of problems that they just matter-of-factly knew were there, worked out a way of tackling the problem and got on with it.

“It was stunning. Try as I might, I simply couldn’t talk to all of the teams. There was a queue of people who wanted to talk to them all and I missed some out. Every team I talked to left me feeling excited, happy and enthusiastic. Hopeful that some of these ideas – almost all of the ideas – would actually make the world a better place for someone.

“Did you know that some dyslexics find reading words easier if the words are in a particular colour? Neither did I till some 13 year old kids from Stratford Upon Avon explained one of the ideas behind Xcite – an app they had come up with as one of their team was dyslexic. Another team from the same school had an ace instrument tuning app. A team from Bentley Wood High School had a brilliant idea for an app that helped young carers. Nelson Thomlinson School had great ideas to help people with learning disabilities. The enthusiasm of the Westfield Junior School team who wanted to bring Manga to Britain was breathtaking.

“I remember wishing there were a couple more hours so I could talk to all the teams. Then we had to sit down and listen to the talks from the organisers, the sponsors and hear ‘pitches’ from all of the teams. They had one minute each. In the days before teleportation, this was called an elevator pitch. Lord knows I have sat through a bunch of those in my time. They are tough things to do and usually people get them totally wrong and leave you with no idea about what the ideas is. Trust me. I worked out I had seen over 5,000 pitches from companies in the previous 10 years and 90% of them left me none the wiser about what the ideas was or why it mattered. They were usually designed to be boring.

“I can honestly say that I left that evening thinking that they had given the best set of ideas presentations I had ever heard. (Not in a patronising, give them a break they are kids kind of way. In a, these guys have some serious Silicon Valley (remember that!?) hustle but are actually trying to solve problems tha people care about kind of way. Most importantly, every company described the problem they were trying to solve and the job that they wanted their app to do.

“And then there were the kids from Wick. Four teams competing across 6 categories of app. Two of their teams won their categories – it could have been more if they weren’t competing against another team from, err, Wick.

“It was only a matter of time before the industry changed. After all, even Larry Ellison, one of many technology sexists of the time with all his billions couldn’t pay to keep all those kids, (and therefore out of the technology industry Man Club), at school forever.

“I loved the idea of getting more women, more diversity into the technology industry but now things have swung too far the other way. Granted, the industry is more open, more innovative, more thoughtful, more useful to humanity but those investment obsessed white men of the 80s, 90s, and early decades of the 21st century have a place in it too. It was inevitable that the new wave of innovators and game changers would not be white men when everyone had a chance to shine. We should support their reintegration into the technology ecosystem. They weren’t all bad.”

Apps for Good, mentors, teams and school kids, thank you, on behalf of everyone I know who wants a better world.

Some pictures from the Apps For Good Award presentation evening. 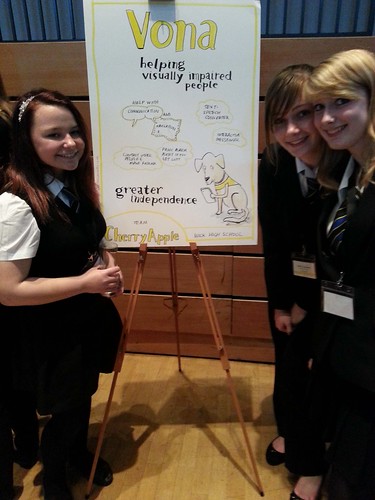 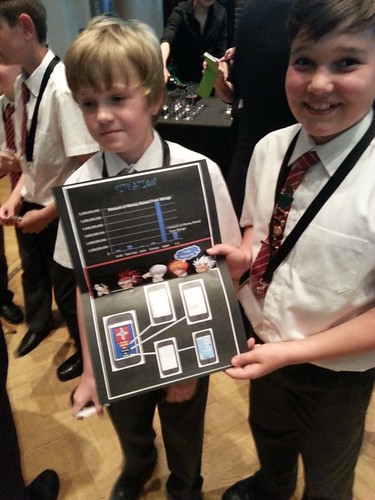 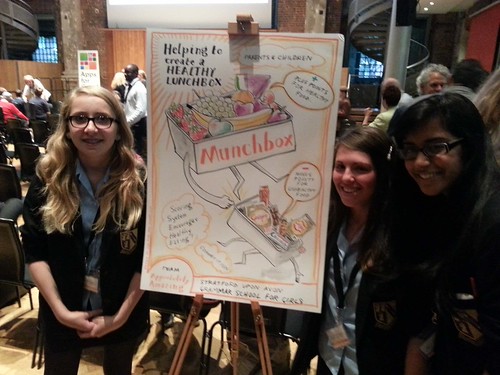 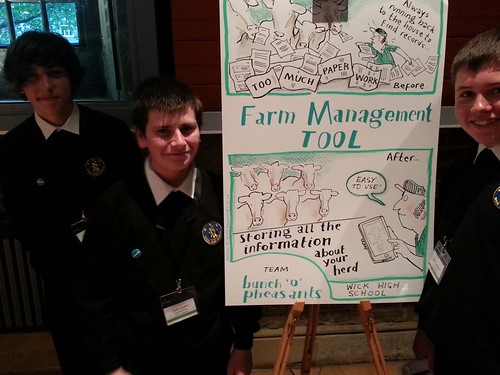 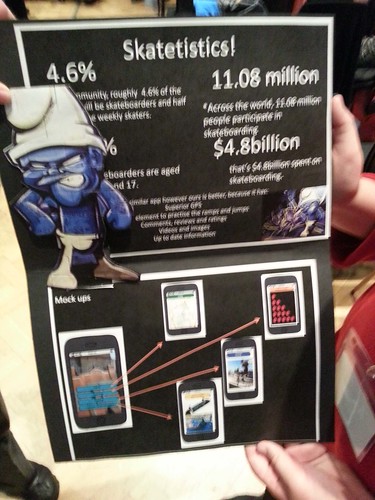 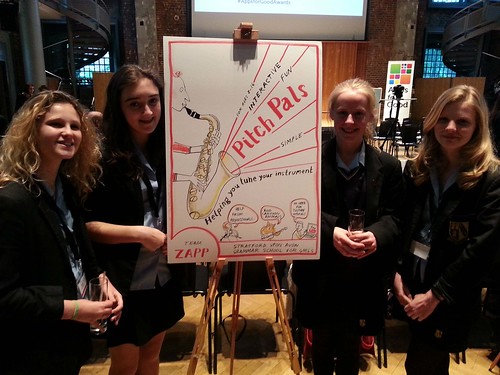 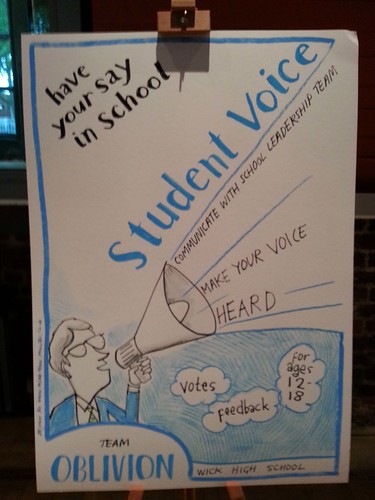 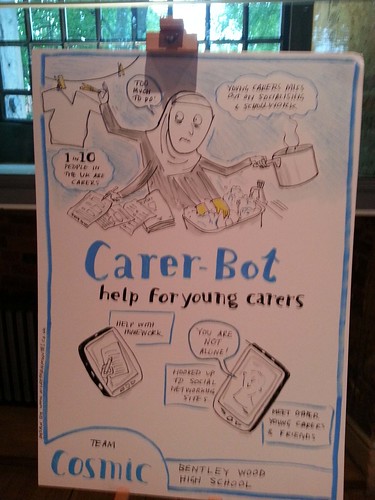 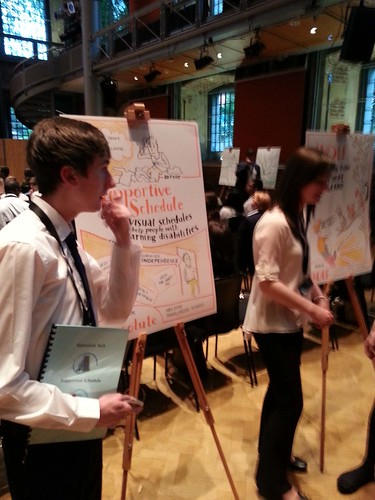 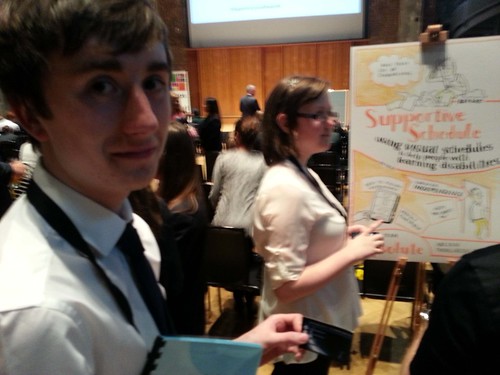 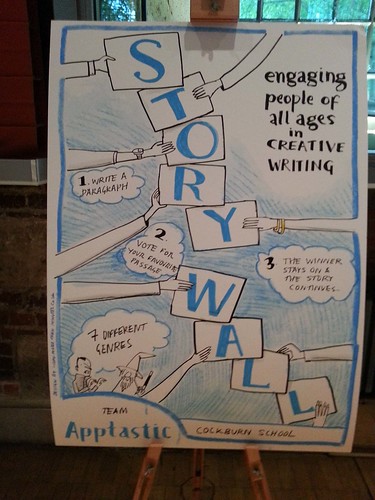 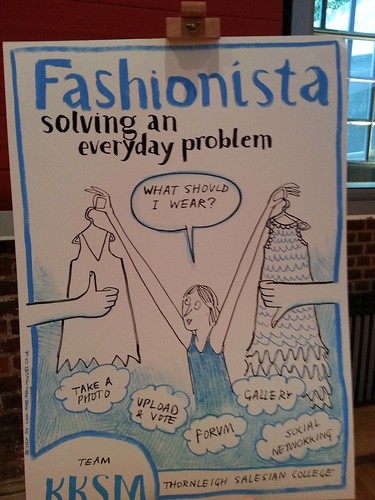 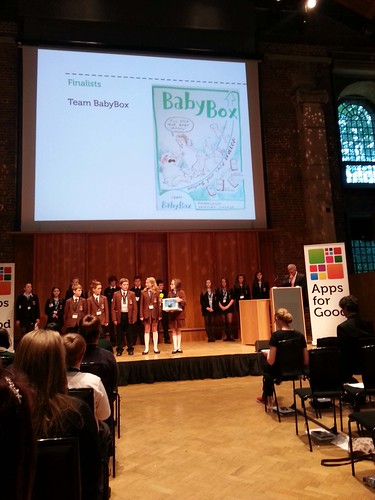 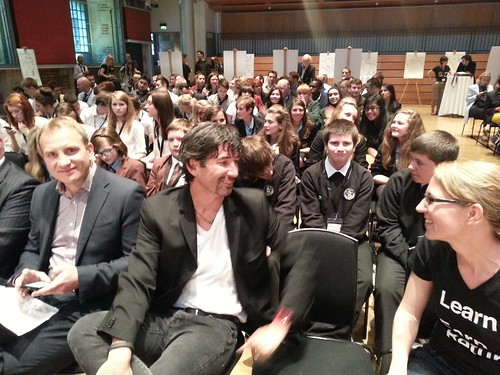 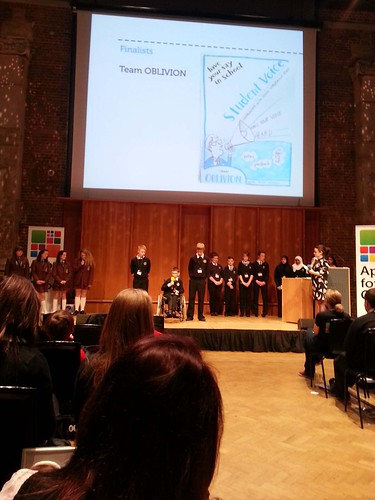 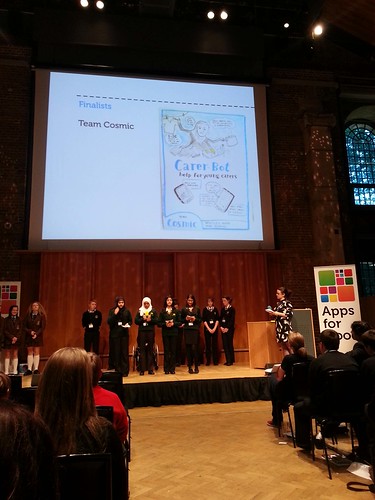 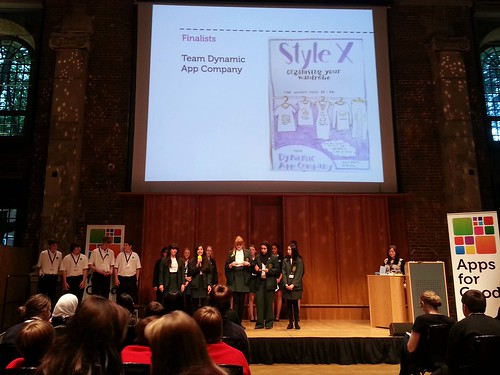 I wish I had a picture of everyone there as some of those people are stepping out to make the world a seriously better place. An inspiring and humbling evening for me and for many others. A night that would change the world of technology for good. Forever.