Crowdfunding has been looking for a runaway success or two in order to give investors the confidence that investing in unregulated early stage companies can make even unsophisticated investors money. Nothing smacks of success like an IPO so I was excited to see the news of FreeAgent’s AIM IPO take top billing in today’s Seedrs newsletter.

“I’m pleased to tell you that today Seedrs saw the first IPO by one of our portfolio companies.

“FreeAgent, which provides cloud accounting software for freelancers and small businesses, successfully floated on the London Stock Exchange’s AIM and raised £10.7 million in the process. The company had raised £1 million through Seedrs from 695 investors in 2015. These investors now have the choice of continuing to hold their shares or seeking to sell them on AIM at any time. 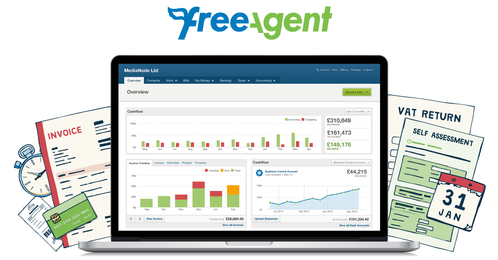 “We congratulate FreeAgent on this milestone, and we look forward to seeing many more of our businesses move onto the public markets in the future.”

Great. Except is it?

When FreeAgent raised money on Seedrs last year, it was cited by some as a good example of an early stage company that was raising money on better terms than were available through many VCs. Some VCs told me the valuation put on the business was simply too high for where it currently was. Raising money through crowdfunding at seemingly advantageous terms for the business seems like a good idea.

According to Seedrs, the FreeAgent fundraising in July 2015 raised £1.2 million for the business (before professional fees are deducted) and valued the business at about £30 million pre-money:

So the value of the shares through Seedrs moved down between July 2015 and November 2016, founder/early investors got to sell some of their stock, advisers have made fees at every step, the company shares are now listed on an illiquid platform where they still might not be able to sell shares at a price they are comfortable with.

Winners: The advisers and early shareholders have made money.

Losers: Shareholders in Seedrs round.

Jury Out: The company has raised money for growth, it may find that raising additional capital on AIM becomes a problem for the company however if it needs to go back to the market.

This is the Seedrs November investor update.