Why FREE is no big deal for The Evening Standard 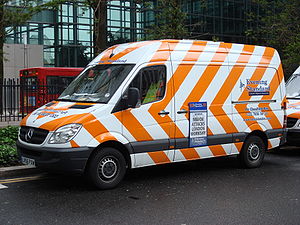 The Evening Standard announced today that it would be moving to FREE circulation thus becoming the,

This is not such a radical move as some have made out and certainly does not herald the collapse of the newspaper industry as we know it. Rather, it represents one response among the many being tried out as publishers move towards more diversified business models.

With a circulation of 250,000 and a cover price of 50 pence (although it has also been sold at the promotional price of 10 pence recently), it is not hard to work out the potential revenue from sales. The Standard must be calculating that by increasing circulation significantly (to 600,000), it can increase revenue from other commercial activities to more than compensate.

The Evening Standard, like most newspapers is far more than just an advertising and newsstand funded publication. You only need look at their commercial website www.esadvertising.co.uk/ to get a feel for how they are making money. Advertising is a small part of the complete solution they offer marketing people – from website visibility, inserts and onserts in the paper, sponsorship, events, on-street ‘solutions’ and sampling, alongside revenue-sharing partnerships and the list goes on. The price a consumer pays on the newsstand should be a small part of the overall revenue that a well run organisation can extract from a reader.

But, as Peter Wienand, IP Partner at Farrer & Co noted, it is a step that goes in completely the opposite direction of News International‘s The London Paper, which closed last month with heavy losses. It could be interesting to see what policy The Evening Standard adopts on-line, given the plethora of publishers announcing plans to start charging for content on-line.

Andy Viner, Head of Media at BDO, notes that the primary advantage the Evening Standard has over the London Paper is that it has a strong brand which give it better chance of succeeding. The key question is whether it can achieve the higher circulation it needs to bring increased profits? Will consumers be turned off by greater advertising if that is what occurs?

At our Future of Publishing Discussion Dinner, held in partnership with BDO, Farrer & Co and Merrill Lynch, this week,  it was noticeable how upbeat the attendees were. With CEO level attendees from businesses including UBM, Incisive, DMGT, Associated Northcliffe, Dennis Publishing, Archant, Newsquest and others, the mood was combative. Held under the Chatham House Rule, one of the key points made was that one publisher talked about the seven ways that they have of monetising a user who visits their website.

Whilst many individuals in the blogosphere have talked about the imminent collapse of the newspaper industry, it is too easy to write ‘the old ways’ off. IBM was widely ridiculed in the late 1990s by the dot com generation for being an industrial behemoth in the computer industry that was on the brink of collapse. Meanwhile it was reinventing itself as a giant of the computer services industry. Of course, other businesses did not make the shift and withered on the vine. The same will be true in publishing.

It is exciting to see innovation in the industry.

Giving publications away for free is not a new idea – business-to-business publications do it on the basis of what they call ‘controlled, free’ circulation. This means that you are asked for some information about yourself and if they feel you are useful enough to them , they send you their publication at no charge.

The Evening Standard’s move is really just a logical extension of this concept into consumer publishing. They have calculated that their money-making marketing solutions machine is powerful enough to generate higher profits by increasing the reach of their consumer base. This is actually a very exciting time to be a publisher.